Because it looks like the inside tissue of human lungs, the lichen  Lobaria pulmonaria  (also known as Lungwort) was once commonly used in the treatment of chest infections. The historic rationale of using herbs that resemble parts of the body to treat illnesses of those parts of the body is called ‘the doctrine of signatures’. According to Wikipedia,  a theological justification was made for this philosophy in Christian European metaphysics: It was reasoned that the Almighty must have set his sign upon the various means of curing disease which he provided. The ‘signature’ on the plant was that of God, as a means of guiding the healer’s hand. 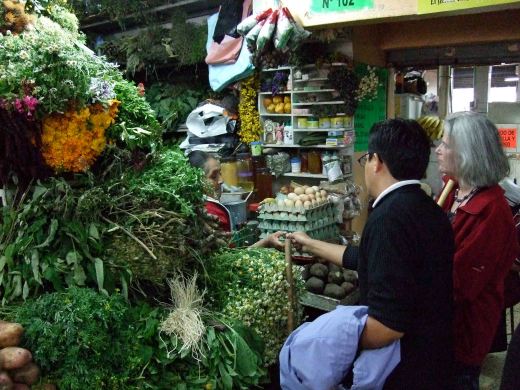 The substances in lichens used for both medicines and dye are normally acids; each lichen species can contain several types. The Wikipedia article (linked above) contains contemporary references to possible medicinal uses for  L. pulmonaria, which has indeed been found to have anti-inflammatory and ulcer-preventing properties. So, perhaps it did assist in the treatment of chest infections. When I was in Ecuador I saw usnea lichens sold  for the treatment of sore throats.

I took a serious interest in lichens when I began to study the orchil trade five years ago. You can read how it all came about here. Back then I joined a one-off lichen study walk, arranged by the local branch of the British Lichen Society (BLS). On the walk we were shown L. pulmonaria growing on just one ancient oak; the presence and abundance (or not) of this particular lichen is considered an indicator of forest age as it is normally found only in ancient woodland. It has been badly affected by habitat loss and pollution and according to Dominique Cardon, in many European countries it is a Red Data Book lichen.*  Those of us on the lichen walk were asked not to broadcast the precise location of this rare specimen, but as the BLS  Lobarion Interactive Map reveals L. pulmonaria  at Rosemoor, I can confirm that’s where I saw it – without incurring enduring wrath from the BLS.

In 1960, Eileen M. Bolton published a little handbook for handweavers called Lichens for Vegetable Dyeing.** The book is no less than a classic. It is scholarly from botanic and chemical perspective and it’s also beautiful. It is illustrated with Eileen Bolton’s carefully observed drawings and paintings with several lichens appearing on the same page along with snails, butterflies and curling fronds of ferns or flowers. Through these she shows a thorough knowledge, love and and respect for lichens, and her text includes comments relevant to the US as well as Europe. She makes no general statement on the wisdom and ethics of gathering lichen although she does advocate taking only a little of the L. pulmonaria ‘as it takes years to grow, and forestry operations are likely to make the plant even more scarce.’ She also refers to some species as being ‘less plentiful’.

In 1991 the book*** was reissued in the US due to the efforts of Karen Diadick Casselman. The fascinating story of Eileen Bolton, her family, and tracking down the copyright to her 1960 book, is told in the preface. I strongly recommend reading the preface but the whole book is available to read online here where you can also see Eileen Bolton’s illustrations. The re-issued book was updated to included the status of rare and potentially endangered lichens; L pulmonaria is noted to be endangered in Britain by 1991.

Ten years later, Karen Diadick Casselman’s 2001 book**** on lichen dyes is prefaced by two pages on the ethical approach to dyeing, a useful chapter  on ethics and identification, and an epilogue which briefly exposes some conflicting attitudes and raises questions that potential lichen dyers might consider. I would just add this: I have learned a little through  my contact with mycologists while researching orchil and one of these is the utter complexity of lichen reproduction. It still isn’t properly understood. It isn’t known that a ‘windfall’  lichen can no longer reproduce, or for how long it might reproduce once fallen.  Gathering windfall lichen seems less of a wise move than once it did unless you are actually rescuing it from the bonfire. I now place windfalls back into the crevices of trees.

Last but not least: the pronunciation issue

Is it lichens (to rhyme with kitchens) or lichens (sounds like likens)? I have always said lichens to rhyme with kitchens. Maybe it’s a generation thing in the UK. I am not sure about pronunciation in the US (I’d like to hear from you!) but I think the likens pronunciation is more common. At the Royal Botanic Gardens, Kew, where I have worked with mycologists, they also say ‘likens’. But they also say I am not wrong, and as I have no intention of changing at my age, that’s just as well.